Pearl Harbor: From Infamy to Greatness

Published in time for the 75th anniversary, a gripping and definitive account of the event that changed twentieth-century America — Pearl Harbor — based on years of research by a New York Times bestselling author.

The America we live in today was born, not on July 4, 1776, but on December 7, 1941, when an armada of 354 Japanese warplanes suddenly and deliberately attacked the United States, killing 2,403 men. Pearl Harbor: From Infamy to Greatness follows, moment by moment, the sailors, soldiers, pilots, admirals, generals, emperor, and president as they engineer, fight, and react to this overwhelming moment in history.

Beginning with a pre-polio Assistant Secretary of the Navy, Franklin D. Roosevelt, attending the laying of the keel at the Brooklyn Navy Yard of the USS Arizona, Nelson maps the road to war as Japan’s leaders lurch into ultranationalist fascism, culminating in their insanely daring scheme to terrify Washington with a technologically-revolutionary mission in one of the boldest military stories ever told.

Besides the little understood history of how and why Japan attacked Hawaii, we hear an abandoned record player endlessly repeating “Sunrise Serenade” as bombs shatter the decks of the California, we feel terror as Navy wives hide with their children in caves from a rumored invasion, and we understand the mix of frustration and triumph as a lone American teenager shoots down a Japanese bomber.

Backed by a research team’s five years of work producing nearly a million pages of documents, as well as a thorough re-examination of the original evidence assembled by federal investigators, this page-turning and definitive work provides a blow-by-blow account from both the Japanese and American perspectives, and is a historical drama on the greatest scale. Nelson delivers all the terror, chaos, violence, tragedy, and heroism of the attack in stunning detail, and offers surprising conclusions about the tragedy’s unforeseen and resonant consequences.

Sample Chapter
Get in touch
Essay: Pearl Harbor and 9/11
Video: History in 5 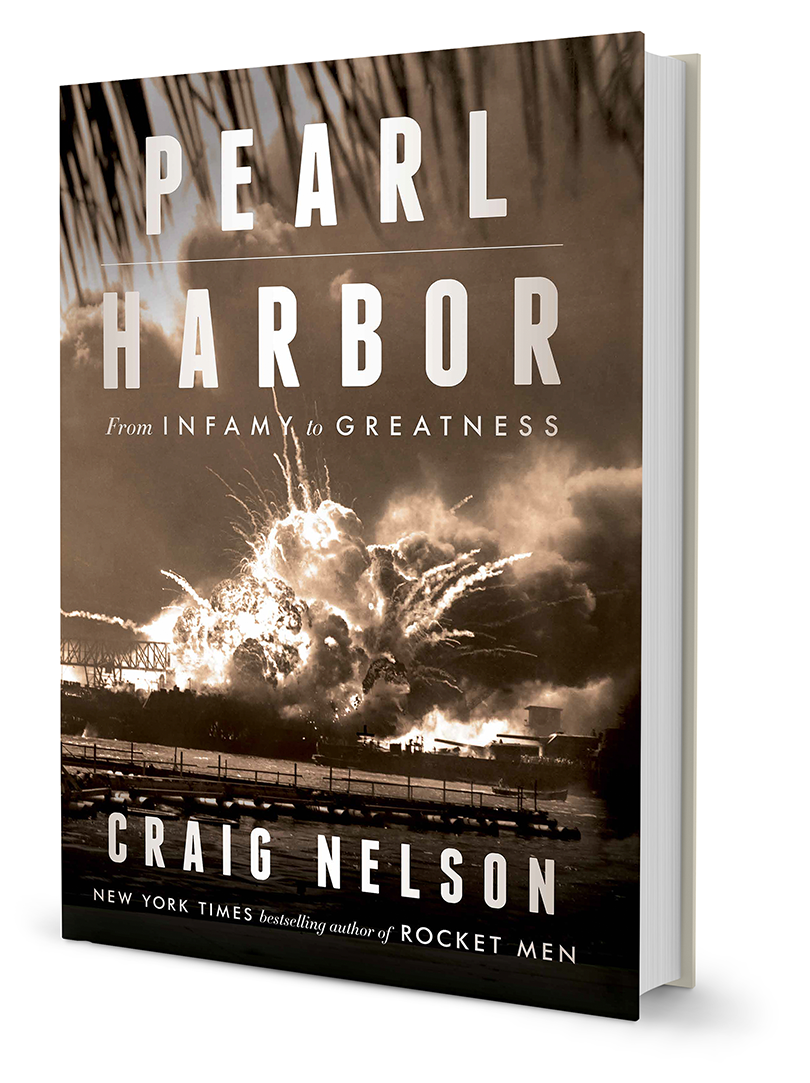